My yoga training has been a transformational process in so many ways, often in ways I didn’t expect. This is a story about one of those times.

For my first training, I spent 3 months in Spain at the Suryalila Yoga Retreat Center, both learning and volunteering. While there, I spent LOTS of time doing yoga, as many as 6 hours a day. I also spent LOTS of time doing chores, at least 6 hours a day. There were a variety of people who taught yoga, but it was always Harry, the retreat center manager, who coordinated us doing dishes, watering plants, or whatever else needed to be done. Harry didn’t just guide us in our volunteer work though, but also in our nightly meditations and in spiritual talks with the other volunteers.

After settling into the groove, doing more yoga than I had ever done before, and also meditating with Harry most nights, I started to wonder why I never saw Harry in our yoga classes.

Curious, I asked Harry ,”Do you practice yoga?”.

He replied “I practice more than yoga than you do.”

Practicing for sometimes 6 hours a day and knowing that Harry was running the retreat center, I was baffled at how he could possibly be practicing yoga more than me. I titled my head and looked at him quizzically.

He smiled and said something like “Everything I do is yoga. When I am washing the dishes, when I am playing with my daughter, I am doing it all with a sense of awareness and mindfulness. That is yoga.” 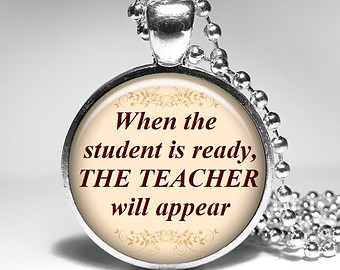 You know how you have those moments, and you don’t always realize them at the time, but then for years afterwards you look back on them with a sense of clarity that other memories don’t have. This was one of those moments for me. It unlocked a door inside of me where even though I intellectually knew that yoga was more than just a physical practice, that awareness finally started to unfurl in my heart and soul.

It has been many years since my time at Suryalila. Over that time, my physical yoga practice has waxed and waned and the amount of time I have spent on my meditation cushion has been HUGELY variable. At times, I have beat myself up about this, but then I remember Harry…. the door squeaks open a little wider 🙂

Even on the days when I don’t touch my mat or my meditation cushion, I notice what I am doing and am present with my breath and my physical reality. I treat every interaction as an opportunity to offer love and compassion to the world. I discovered that my life is my yoga practice. Have you discovered your yoga?